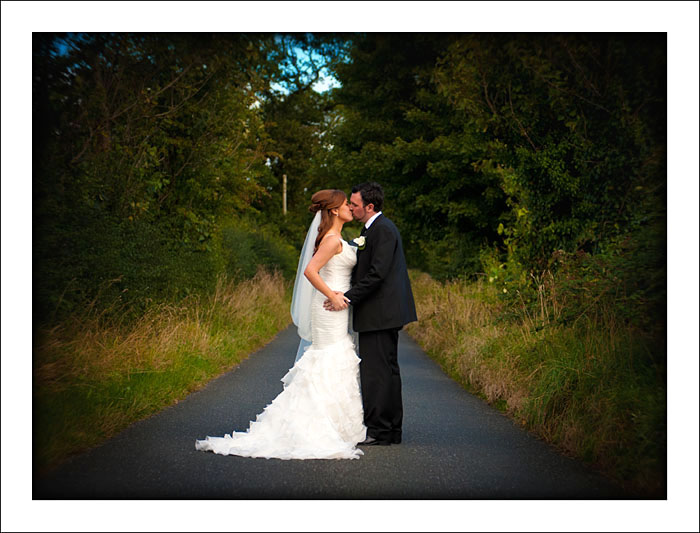 The early bird catches the worm, and so it was on Friday 17th. Due to the new roads, I arrived at Moaty, Kiltormer Co. Galway about 50mins before schedule (although I always aim to have a bit of time to spare). When arriving at the Lynches I was whisked off into the kitchen, handed a plate & had a knife and fork thrust into my hands, I was then lead over to the running buffet of rashers, sausages, B&W pudding etc….(felt a bit like an extra from the Denny ad.!), so after a big feed, plenty of coffee and divine brown bread with real butter (not that stuff out of a carton – I can’t believe people think it tastes like real butter!) my arteries were screaming for mercy but I was well set up for the day ahead. In fact, I could have been running on empty and photographed this wedding, everyone was so calm, so happy & so friendly. The lads were just the right amount of cool, and the girls were all stunning. Due to time constraints we didn’t make it to the Claddagh for some shots with the Swans, but we did get onto SalthillBeach. They also had one of the most stunning cakes I have seen – the detail on the flowers made from icing was amazing. Have uploaded a few snaps from the day below. 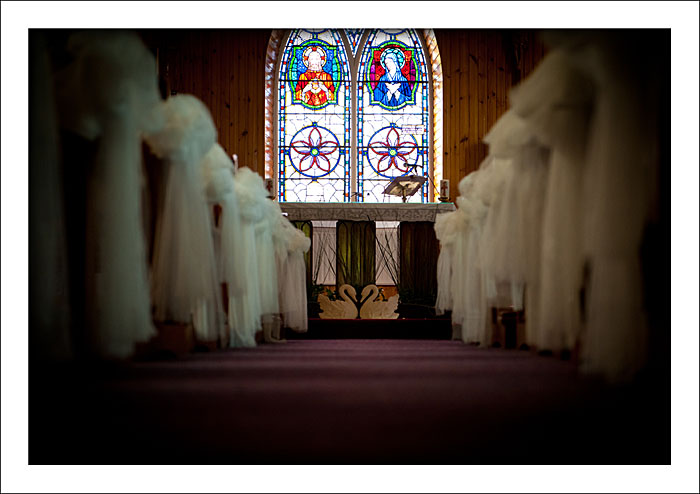 We had to make do with these swans for the day ! 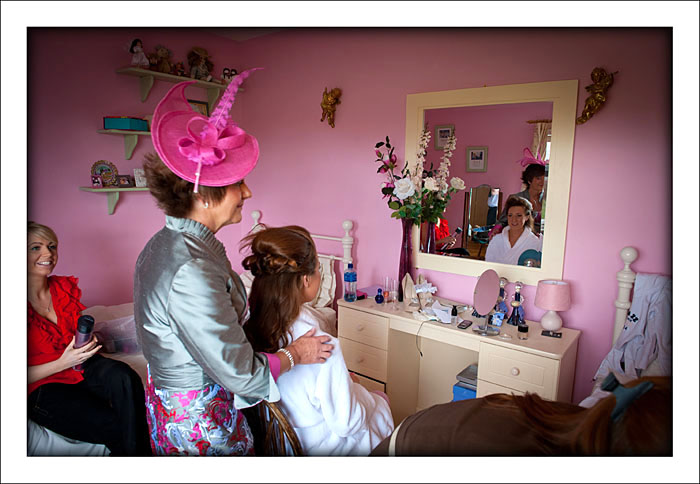 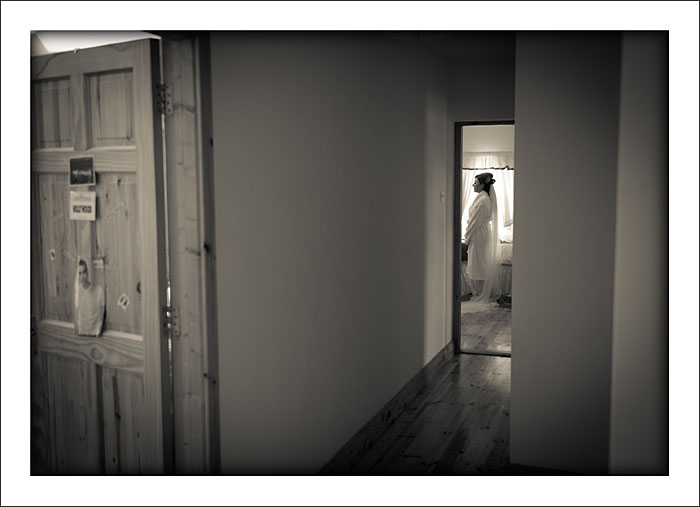 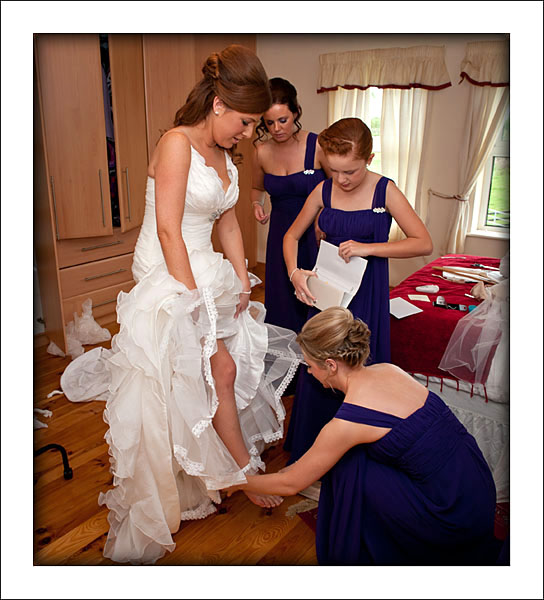 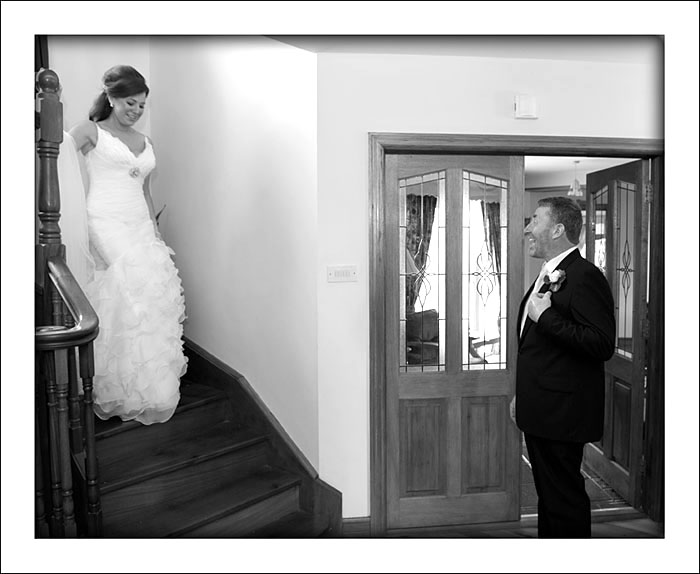 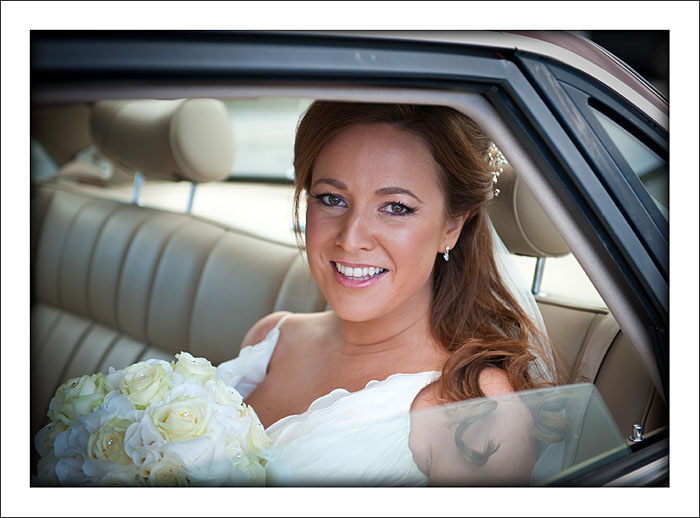 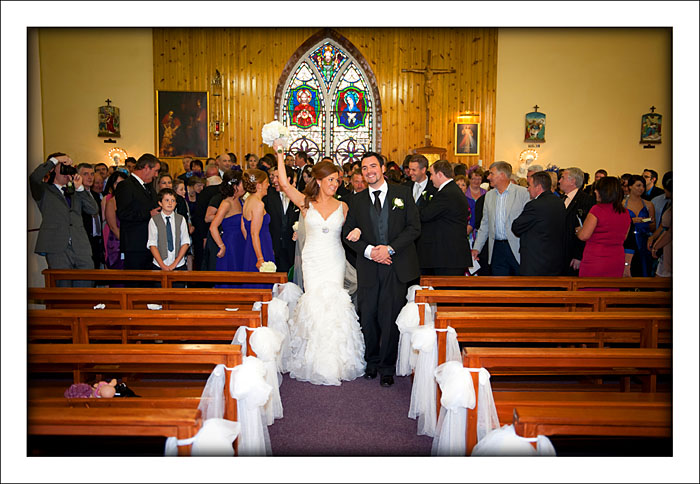 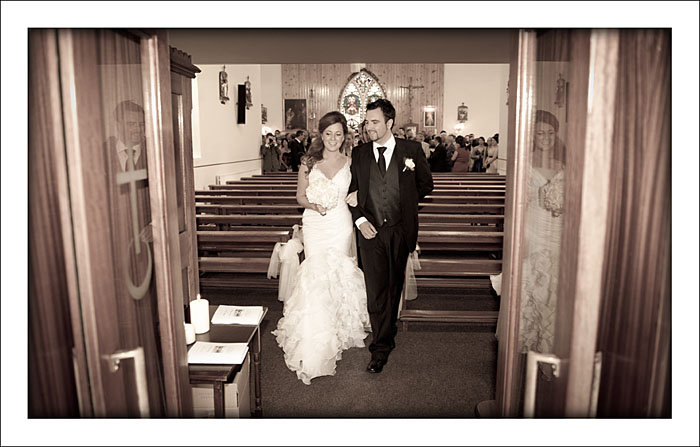 I love the reflections of the couple in the church doors 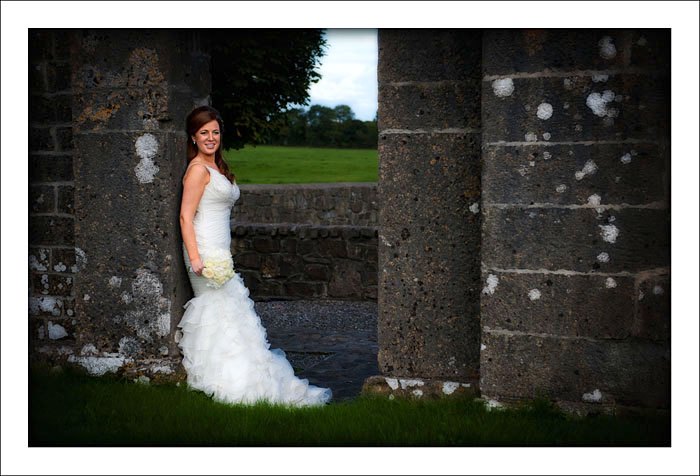 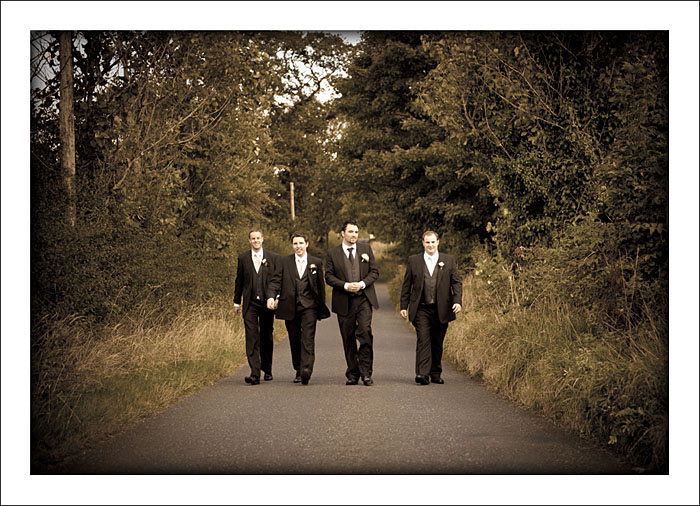 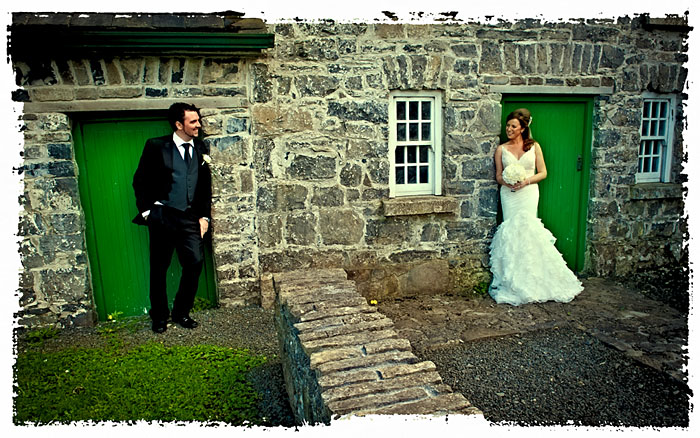 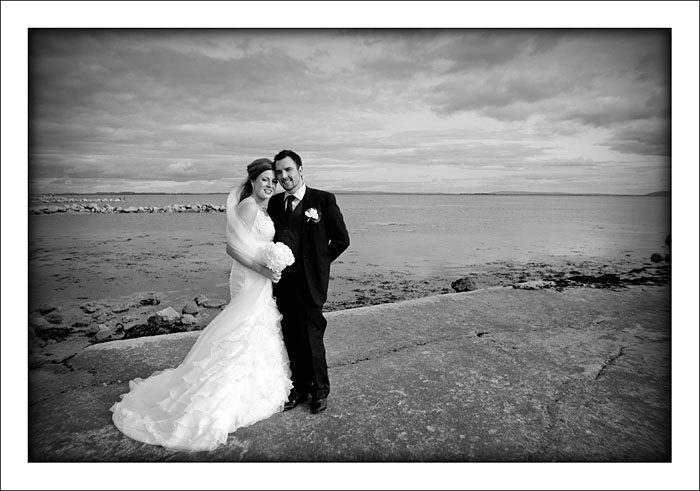 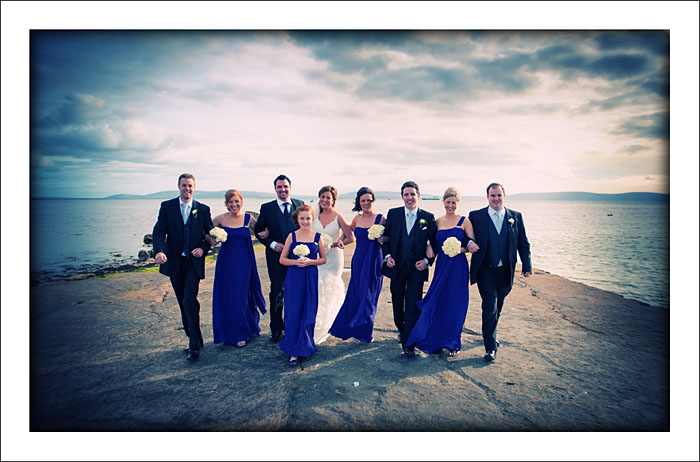 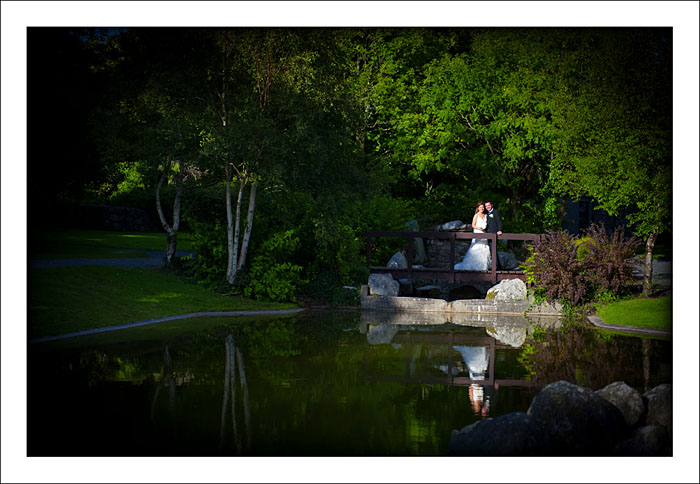 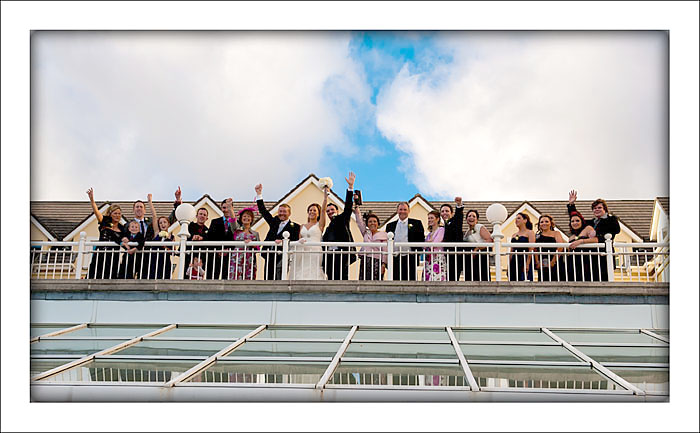 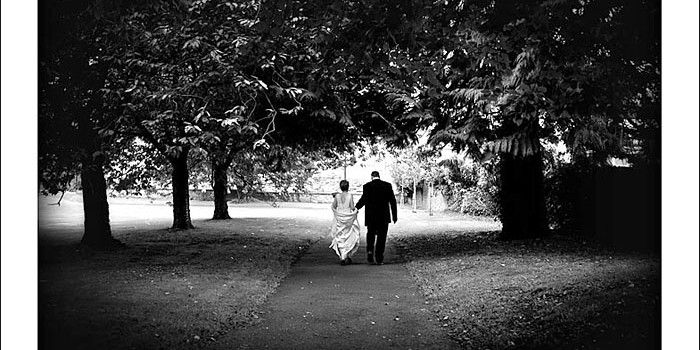 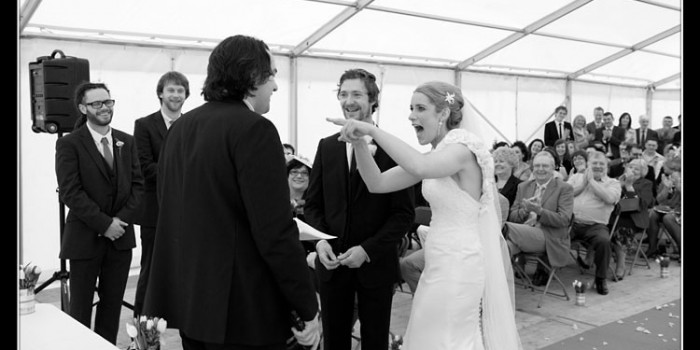 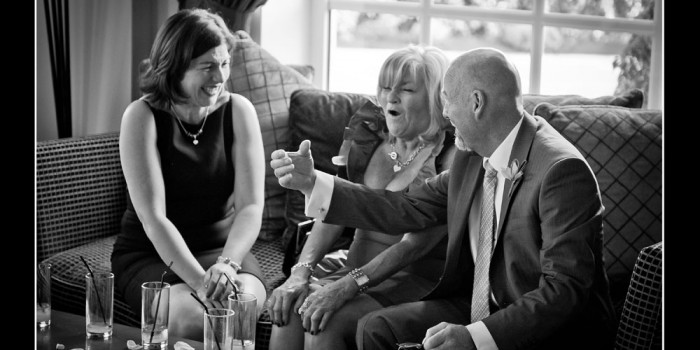